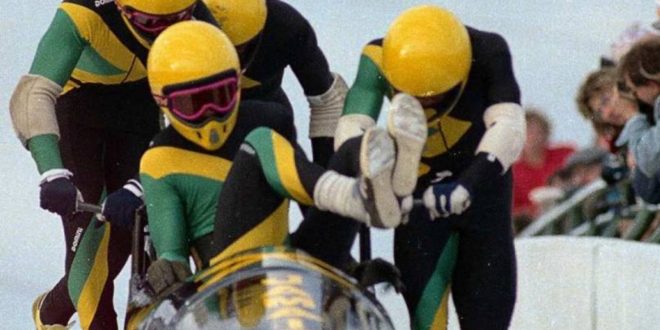 Have You Watched These 10 Jamaican Movies?

Jamaica has produced a wide array of Films, spanning decades and covering the rich, and diverse culture that the island houses. While Shottas is known as the all-time best Jamaican movie there are many others worth watching.

Here is a list of 10 of the greatest Jamaican films alternative to Shottas, in no particular order.

This Jamaican classic was done, in tribute to Bob Marley and the wailers. It features an American couple, who were caught in a plane crash and freed by a Rastafarian man who they refer to as Country Man.

The film is set on beaches, Hills and mangroves in the Jamaican rural area with “Countryman” playing the role of a wise man, helping the lost tourist survive.

The Rockers movie has been a cultural go-to for reliving the experiences of Rastafarian musicians in the 70’s.

The movie features many Jamaican musicians such as the late Jacob Miller, Gregory Isaac, Horsemouth, Burning Spear, and many others. The movie shows how the legends survived at a particular time where the country and the music industry was largely oppressed.

Smile Orange, is certainly a comedy classic of Jamaica. The movie surrounds the tourism industry of Jamaica and highlights the provocative lifestyle of Ringo, a Waiter, who is also subject to many mischiefs at the hotel he works.

Holding on to Jah is a documentary done to highlight the philosophy of Rastafari, and Roots reggae. It includes talks with many Rastafarian elders including artistes who have been a part of the developing culture.

The documentary is very educational and gives an insight into the truth of who a Rasta is.

This documentary dives into the music culture of Jamaica. It features live performances from artists and looks at the impact of music, on the nation.

The documentary was also critically-acclaimed at the Toronto International Film Festival in 2006. The footage shown in the documentary is taken showing places deep-rooted in the heart of Kingston where the music sprung from.

This movie was one of the classic films that were produced and shot in Jamaica in the ’70s. The story entails a young man who played by reggae legend, Jimmy Cliff, traveled from country to the city to make a life out of music.

In an unfortunate turn of events, things got hard for him in Kingston and he had to turn to crime later being hauled down by the police. Jimmy Cliff also did the legendary song “harder they come” based on the cult classic.

The Marley documentary was a film done in tribute to the life and legacy of Reggae Legend, Robert Nesta Marley. The documentary features powerful talks from Bob’s family and friends who gave different accounts of him during his time alive.

The impact of his music on the world was centrally highlighted in the documentary.

This comedy film is regarded as a timeless classic by many as it tells the true story of when Jamaica qualified for the Winter Olympics in the Bobsled sport. When asked about this movie, Jamaicans usually draw for the line “Sanka you dead? Nah man”.

That line was taken from a very funny moment in the film when the young men who were to compete for the country were practicing and crashed. The movie continues to represent the country on an ambassador level as Jamaica is now home to a ” Kool runnings Waterpark”.

This was a movie that was shot in several places on the island from the beach at Dunns River, St.Anns to The Liguanea Queens club in Kingston and even a spot at Port Royal.

The film was written by Ian Flemmings and was one of his first novels to be turned by him into a movie. Flemmings was well known for living close to the town of Oracabessa, Jamaica for some time.

This film features American star Tom Cruise who acts in the movie with another as barmen. The movie is a funny sketch that sees the two skilled mixologists moving to Jamaica to further in chase of their longtime dreams.

The movie features delightful scenes of Jamaican beaches on the North Coast of the island as well as the famous Blue Lagoon. The film is well celebrated for the imagery of Jamaica it shows.

RELATED: Shaggy turning heads with his role as Sebastian in “The Little Mermaid” Movie