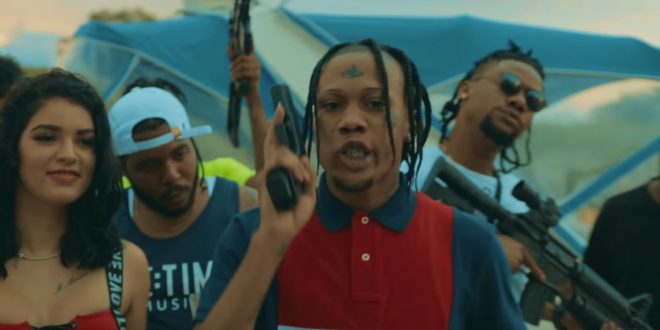 One of the hottest dancehall artistes of 2020, Intence is not about to make a week pass without releasing a new music video as is the current trend by artistes around the would during the COVID-19 pandemic.

In Jamaica, Intence is leading the pack with regards to the amount of music video released in 2020. Now we are blessed with the visuals for dancehall song titiled “Grimey”. The hook of the soon to be trending song has a flow like hip-hop artiste DeJ Loaf’s hit song titled “Try Me”.

in this new release, Intence took direct aim at the 6ix camp and Vybz Kartel again after doing so days ago in his collab with Iwaata.

One line in particular is without doubt taking aim at Vybz Kartel and the 6ix crew “funeral 6 fren a bring dem body macki 11 sing yuh would think a shorty” sings Intence just days after saying “All da one deh ova deh suh know him been a back it” While Iwaata followed up declaring that “the short gal him have up regular mi run a battery”. The fans are commenting that the young St. Andrew artistes are talking Vybz Kartel and his common-law wife Shorty.

The new Grimey music video also shows Intence killing several men in what appears to be a jail cell and as we know Kartel is currently locked away in prison.

Watch the dark music video below for “Grimey”