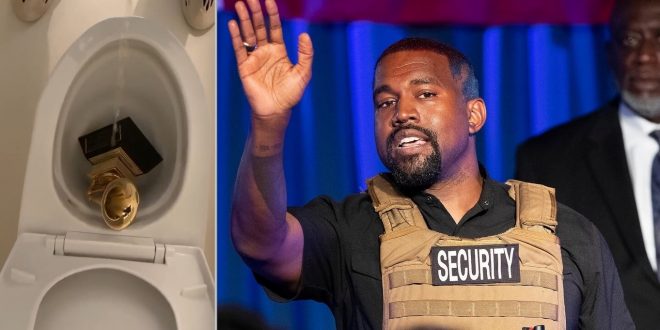 Estrange Chicago rapper Kanye West who is never shy to speak his mind is sharing his wildest thoughts once again, this time via Twitter.

See his latest rant below.

He also wrote “90% of the record contracts on the planet are still on a royalty A standard record deal is a trap to NEVER have you recoup, and there’s all these hidden costs like the “distribution fees” many labels put in their contracts to make even more money off our work without even trying.”

Mr. West who is known to be very spiritual also highlighted that he needed prayer and coverage from people who support him for the battle that he is currently taking on, he asked for “millions of prayers at once” because the system never had to face a million prayers at once.

He did not stop there as he went on to liken himself to Moses after aligning himself to Jesus for years since calling himself Yeezus.

Take a look at Kanye West Peeing on one of his 21 his Grammy Awards below.

On the other hand, Drake was seen a while back drinking from his coveted award.

RELATED: Kanye West Says He Had The Coronavirus and No Longer Supports Trump