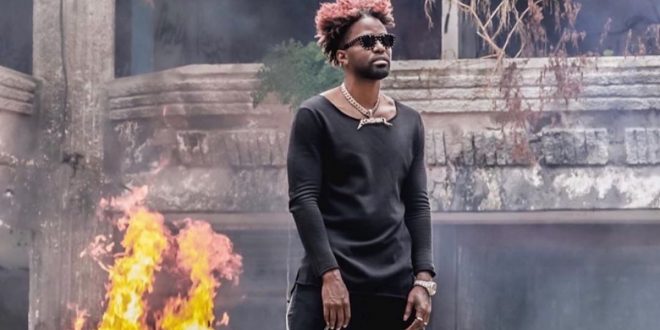 Konshens posted a video on his youtube of himself talking to his fans virtually, in the video, Konshens went straight to the topic he wanted to speak on the most, it involves himself Foota Hype and Koffee.

He explains that there is a problem that has been bothering him, “The name-calling” of Jamaican artistes according to Konshens is not good for the music nor the culture.

konshens also told his fans that he don’t want people to “beat Foota”.

Konshens explains that his response to Foota came after he saw a fan defending him online, even though he did not talk out himself, this according to Konshens makes him want to talk up about “ongoing situation with Foota Hype and the way him a come at me”.

“People know seh me and Foota nuh see eye to eye”, While Konshens was not surprise that the slector attacked him, he is not pleased with the way Foota is going after Koffee “this 40-year-old man yah a pick problem with a likkle girl weh a live har life”… “We can’t be seen as a culture weh hate and beat down each other”.

Konshens explains that he started to become a fan of Koffee’s music after seeing her perform at Reggae Sumfest, he was also elated to see her win a grammy and talks about meeting her only once at a Buju Banton concert.

According to Konshens recently he was watching a video with “Foota Hype sidung inna wah barba shop a eat some food and a beat down the likkle girl to the grown”, Konshens after that stated, “Me ago go live and beat him enuh”. Konshens went on to amit that he did not actually go live when he initially intended to because he was having mixed feelings about it.

“We need dancehall industry fi flourish” Konshens tells Foota Hype to take his eyes off the youths them Bottom.

Konshen also talks about paying Foota Hype $200,000 cash to promote his music years ago and recalls Foota Hype telling him a story about Mavado beating his friend with a spoon for stealing a lobster, Watch the rest below.

RELATED: Konshens Sings About DELUS Suicide and Begs People Not to Do it

RELATED: Woman here Feeling Up Konshens and Wife at a Party [Video]