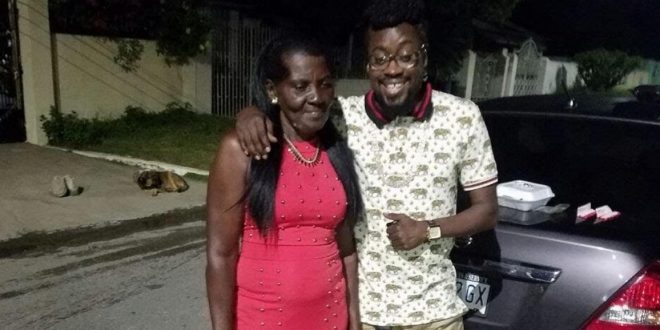 Beenie Man and his Mother

The king of the dancehall is currently in deep mourning after he lost his mother affectionally known as “Mama Lilieth”. Since the news broke hours ago online, Beenie Man has since deleted all the posts on his Instagram account with over 700k followers and is yet to speak on the matter.

While Beenie Man is yet to make the news public, his family members and friends have been highlighting the passing online.

Beenie Man’s daughter Desha took to Instagram to share her recent moments with her grandmother and she wrote a touching caption which outlines the fact that she was not ready for her grand mother’s passing, she wrote: “This one I’ll never be able to accept ur in a better place I knw that but I’m not ready rip mama 😭”.

Sean Paul, Ding Dong, Twin of twins, Don Mafia, Lisa Hyper and several other members of the dancehall world have since gone online to send condolences.

Months ago Beenie Man himself took to social media to give an update on his mother and even though she was said to be improving, by all accounts she was not doing so well. Beenie asked for prayers and thanked everyone who was doing so including Marion Hall, previously known as Lady, saw.

Beenie Man’s mother reportedly suffered from a stroke recently and her health has been unstable since. Months ago we saw a video circulating online of his mother released from the hospital and was at home.

It’s unclear where Mama Lilieth was at her time of death as details are still sketchy on the matter.

Since 2020 we have seen fellow dancehall artiste Shenseea lost her mother after she also suffered from a stroke.

Back in 2012 Bounty Killer lost his mother “Miss Ivy”, she was age 71. It’s unclear what was Beenie Man’s mother’s age at her time of death. Bounty Killer also took to his social media page to send Beenie Man condolences, the Killa wrote “Just want to express my condolences and deepest sympathy to we bredda @kingbeenieman and his family on the passing of his mom I’ve been down that road and it’s dark and lonely but with family love and support light is at the end of the tunnel may the lord consoles u bredda stay strong🙏🏾🕊🕊🙏🏾”.

RELATED: Bounty Killer and Beenie Man was by-far the Best ‘Verzuz’ Battle According to Fans

RELATED: Shenseea Posted This About Her Mother… Plus More Pictures

RELATED: Beenie Man Visits His Mother Who is Hospitalized