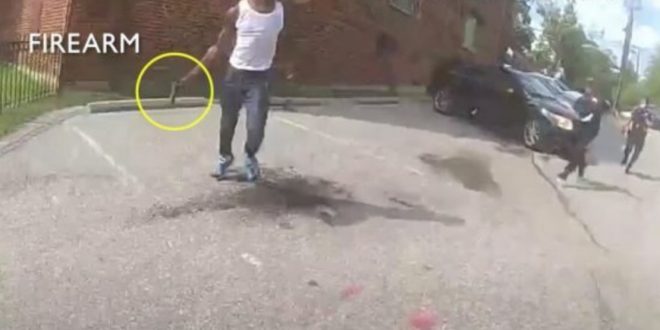 On September 2nd, 18-year-old Deon Kay was fatally shot by the police in Washington and as a result, residents were requesting proof that the killing was justified. After much demand from the public, The DC Police Department published the footage of the deadly shooting a day after the incident.

The bodycam shows the DC police arriving on the scene, got out the car and started screaming “Don’t move don’t move don’t move” after which a shot was fired moments after, the cam also shows Deon holding a pistol in his hand, Learn more from the video below, Warning Graphic content.

RELATED: Megan Thee Stallion opens up about TORY LANEZ shooting her “You Shot Me”

RELATED: Police’s Wife dies in the backseat of his cop car after being locked in

RELATED: Protests Erupt after ‘Jacob Blake’ was shot 7 times in the Back by Police