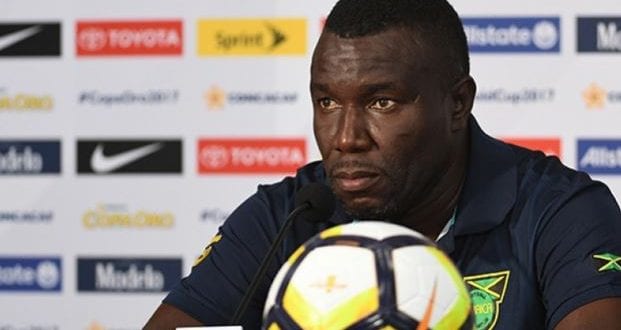 Once again the Jamaica Reggae Boyz fell short of scoring in open play, as the poplar football saying goes, if you don’t score then you can’t win. It was a somewhat higher quality ball game than that of the match vs El Salvador couple nights ago, also the starting 11 was changed up for this match against Costa Rica however the Boyz still was unable to find the back of the net.

Costa Rica took the lead in the 28 minute as they enjoyed major possession of the ball in the first half. Jamaica came out stronger in the second half and managed to create a few chances of their own but still could not find the gold.

Jamaica had mistakes at the back, 1st uncharacteristically by Andrew Black the keeper from a straight forward freekick taken by Bonita of El Salvador. Andrew Black actually caught the ball about chest height with both hands but the ball mysteriously fumbled out of his hands and bounces into the Goal.

READ FULL: Reggae Boyz Beaten 0-2 by El Salvador
At about the 86th minute reggae boy Damion Lowe made a wrong decision to head it back to the keeper but instead headed it into his own net as the keeper was too far away from the ball.

Previous In Jamaica.. “Snow a fall people ” See for yourself [Video]
Next SQUASH IS ‘TRENDING’