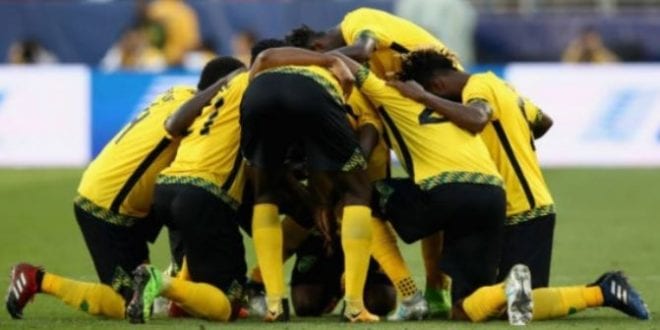 Jamaica had mistakes at the back, 1st uncharacteristically by Andrew Black the keeper from a straight forward freekick taken by Bonita of El Salvador. Andrew Black actually caught the ball about chest height with both hands but the ball mysteriously fumbled out of his hands and bounces into the Goal.

At about the 86th minute reggae boy Damion Lowe made a wrong decision to head it back to the keeper but instead headed it into his own net as the keeper was too far away from the ball.

El Salvador had 58% possession of the ball, had more corners and shots on target. On the other hand Darrem Mattocks saw red for high boot. None of the 2 teams really played good enough to win.

Both teams played sloppy and were unable to put the ball on the ground for too long.

Jamaica is playing to qualify for League A of the Nation’s League, the Reggae Boyz will need to finish in the top 6, However a top 10 finish will get them into the much prized Gold Cup. Also this match and others that are forthcoming will serve as needed preparation before Fifa World Cup qualifiers for 2022 are started.

Back in 2017 Mr. Whitmore took the Boyz to the final of the Concacaf Gold Cup, with mainly locally born players.

Over 90% of Jamaica’s current squad was born locally, big change up from back in the days with the team was filled with overseas born players, mainly UK.

The Jamaica reggae boyz national football team went to Barbados for a summer friendly where the game ended in stalemate vs the home side. After going down 2-0 in th first half Jamaica fought back to complete the entertaining match 2-2. Its noted that the reggae boyz played the more attractive football however was less clinical when in front of the goal.