Find the latest in reggae happenings from Jamaica and abroad here on this website page. 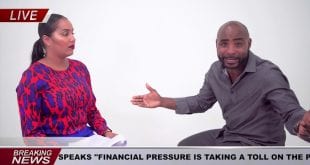 Watch this uplifting music video from rising dancehall reggae artiste Ruffi – PRessure (Official Music Video). SOME LYRICS “Tired a the pressure that we living in” Watch the full eye opening music video below! 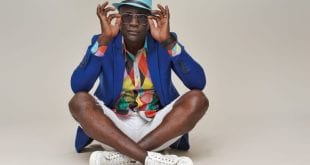 Singing Melody’s new afrobeat track Prove it to Me has hit the BBC radio playlist as reported on the BBC radio website. The singer has also released his new video which has been featured on the popular European reggae portals World A Reggae and Reggaeville. Singing Melody has the honor of being both a member of the group L.U.S.T. and having his solo career. He recently completed a European tour with L.U.S.T. after the group performed at Buju Banton’s Long Walk to Freedom Tour at the National Stadium in Jamaica. Singing Melody then went on to do some solo shows in the States and Canada and his single Prove it to Me is produced by Top Braff Entertainment and marketed by Contractor Music. See “Prove it to Me” Music Video Below 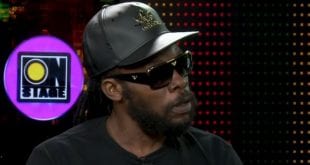 Bushman spoke about his career and how it is doing very good, even though he went through a bit of struggle after Rebel Salute. He is feeling good about his fans who go out of their way to let him know that they admire him. In a recent interview, he said he was looking forward to performing on Rebel Salute again and wondered why he had not heard from Tony Rebel yet. He spoke about a song that was doing well for him abroad, it was done because of his concern for the children who are being abducted both in Jamaica and overseas. He is very concerned about the way the men pressure the teenage girls, wanting them to grow before they are old enough, not allowing them to prepare to face life in a good way. The song is not released in Jamaica yet, but he plans to change … 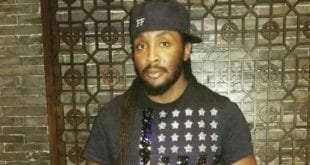 Capleton has impacted many lives and careers. The artist Ffurious is the latest such artist who had their career take off because of the impact of Capleton. Ffurious and Capleton are blood-related and when Capleton saw the talent in Ffurious he recorded a song and video with him called My Time. The single did well locally and internationally along with Ffurious solo singles Make Money and Set Suh. However at Dream Weekend 2019 Capleton called up Ffurious on stage to perform a solo set to showcase his talent. Ffurious delivered a solid and commanding performance and Capleton then decided to have Ffurious open several shows for him on his sold out USA tour. Ffurious immediately hit the Billboard charts with his single Set Suh on the compilation album Tropical House Cruises to Jamaica Reloaded. Born Rodine Allen, August 3rd 1983 in Port Maria, St. Mary. I grew up in Hamilton … 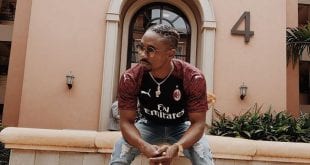 Former Digicel Rising Star winner Christopher Martin announced recently that he has submitted an album to be considered for the prestigious Best Reggae Album category for the 62nd annual Grammy Awards, will be held on Sunday, January 26, 2020. The album titled “And Then” was submitted to the National Academy of Recording Arts and Sciences, as the date for the awards gets closer. Other Jamaican entertainers have already submitted their albums, such as Sizzla, Third World and Jah Cure. Martin’s 15-song album was released in May this year by VP Records. It features the singles “Life”, “To Be with You”, “Tears in Her Eyes”, “Is It Love” “Can’t Dweet Again” and “Bun fi Bun”. Christopher who is now 32 joined Shaggy, the international Superstar at Big Yard Recording outfit and linked with top producer Robert Livingston.  He has moved up in the music business after he won Digicel Rising Stars … 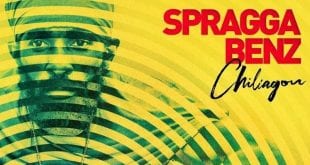 Acclaimed Jamaican Dancehall pioneer Spragga Benz releases CHILIAGON (Easy Star/Buttercuts/Red Square Productions) today September 27th. His first album in nearly a decade, CHILIAGON arrives as a seminal work from one of the most influential artists of the Dancehall movement. Featuring some of the UK’s most groundbreaking and celebrated talent across Grime, Hip-Hop and D&B plus international phenoms such as Sean Paul and Agent Sasco, CHILIAGON is not only a celebration of culture, music and legacy but a musical lesson of roots and riddims. The 15-track album itself features the likes of Tanika, General Levy, Rodney P, Killa P and Harry Shotta as well as productions from Cadenza, Toddla T, JAMirko, Sukh Knight and Zed Bias making it a diverse kaleidoscope of infectious beats. Kingston-born Spragga Benz rose to prominence in the early ‘90s with a number of underground hits that would help define the Dancehall genre. His Jamaican success led … 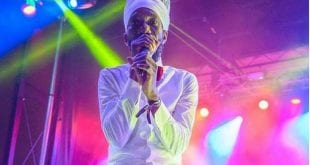 “Victory”, Reggae singer Sizzla’s latest album, is one of the ones that was submitted for a Grammy nomination. The first round of voting started yesterday, for the annual Grammy awards. The coveted Grammy is now viewed as the highest honour in the music industry. Sizzla’s 16-track album which is a collaboration between Kalonji Music and producer Richard ‘Breadback’ Bramwell, “Victory” was released on March 18, 2019. There is a bonus track that will be a bonus track for his loyal fans, as a kind of thank you. It will be a roots reggae album. The producer said, “it will be a roots reggae album, with messages of love and unity. On Wednesday, Bramwell sent out a message on social media that the album has been submitted and urged persons who had voting rights to vote right away, as they are seeking as much votes as posible. The album “Victory” was … 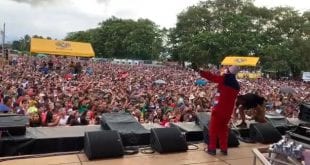 Days after completing his sold-out American tour, reggae superstar Capleton flew into Costa Rica where thousands of his fans turned out in the rain to see him perform. Capleton performed many of his old classic reggae and dancehall songs as well as his newer hits. Capleton had the audience in Costa Rica jumping and screaming for his energetic performance. Capleton had just finished a sold out tour of several cities in America. While there he even had a new artist from his camp named Ffurious open up for him on several nights. Ffurious is now on the Billboard charts with his single Set Suh from the album Tropical House Cruises to Jamaica Reloaded. 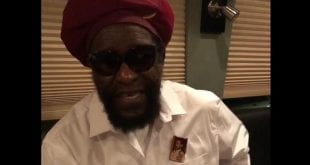 While on their Tiny Desk tour in the States, Ducky Simpson founding member of the group Black Uhuru voiced his opinion from his tour bus 20 minutes before he hits the stage in Rhode Island, New York. Ducky Simpson said he felt that certain members of the music fraternity could do a better job than some of the current govt ministers and members of the opposition. Black Uhuru is on tour in the United States promoting their 2018 Grammy nominated album As the World Turns and also their new single I See You from the Billboard charted album Tropical House Cruises to Jamaica Reloaded.