Capleton has impacted many lives and careers. The artist Ffurious is the latest such artist who had their career take off because of the impact of Capleton.

Ffurious and Capleton are blood-related and when Capleton saw the talent in Ffurious he recorded a song and video with him called My Time. The single did well locally and internationally along with Ffurious solo singles Make Money and Set Suh. However at Dream Weekend 2019 Capleton called up Ffurious on stage to perform a solo set to showcase his talent.

Ffurious delivered a solid and commanding performance and Capleton then decided to have Ffurious open several shows for him on his sold out USA tour. Ffurious immediately hit the Billboard charts with his single Set Suh on the compilation album Tropical House Cruises to Jamaica Reloaded.

Born Rodine Allen, August 3rd 1983 in Port Maria, St. Mary. I grew up in Hamilton Mountain, a small community close to Oracabessa in St Mary. I attended Jack’s River Primary School. Then I moved on to Oracabessa High, where I ‘learned trade’ as an electrician. However, I didn’t venture out into that field due to the love of music I developed at a tender age while going to Primary School.

This passion I had for music was influenced by dancehall greats such as Capleton, Sizzla, and Bounty Killa. It was also the passion for music that pushed me to move to Kingston where I had the opportunity of being around my mentor, Capleton, who inspired me and created the platform to make my first stage appearance at his annually charity concert (“A St. Mary Mi Come From”).

The name Ffurious was given to me by my friends in Kingston who told me that it matched my style of singjay, energy and delivery. I recorded my first song, “Who to Trust” in 2009 on the Joe Keys Riddim which was produced by Cut Stone records. This single received multiple rotations on the radio and was first played by DJ Wayne on Irie FM. Since then I have been recording for several different producers both locally and overseas.

I have also had the opportunity of traveling and performing with Capleton, in the Caribbean and the US. My most rewarding experience was when I toured the US with Capleton in November of 2015, where I opened for him on all the shows. My latest project is a collaboration with Capleton called ‘My Time’ on the Chronicles of Success riddim produced by YGF records. My aims are soaring to new heights and broadening my horizon. 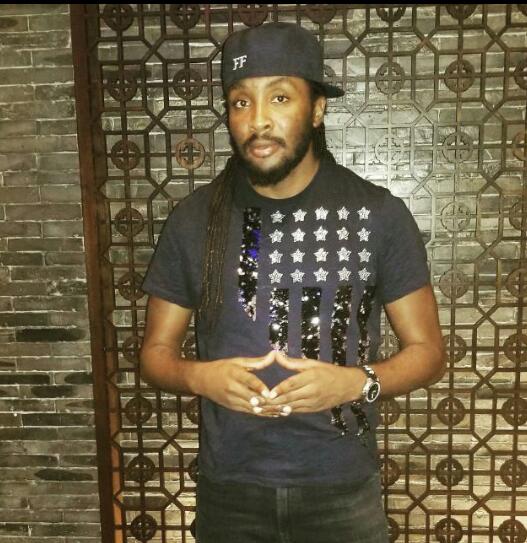